In Europe, Michael Schulte, previously Managing Director of Capgemini in Germany, is now CEO of the Northern Europe Strategic Business Unit. Jérôme Siméon, previously Managing Director of Capgemini in France, is CEO of the Southern Europe Strategic Business Unit. Both Michael and Jérôme join the Group Executive Board.

“I am delighted to welcome such strong and talented executives from across the Group to our leadership team. The appointment of two former Altran leaders to the Group Executive Committee is a further example of the continuation of the smooth integration process that has been well underway since its acquisition last year,” comments Aiman Ezzat, CEO of the Capgemini Group. “Each of the newly appointed executives, announced today, brings to their position a series of outstanding achievements and a depth of experience from which our clients, team members and the Group as whole will benefit greatly.”

Michael was Managing Director of Capgemini’s Business Unit in Germany between July 2018 and December 2020, after having led the Application Services business in Germany since 2013.

Michael has held a variety of leadership positions at Capgemini in both Germany and the US especially within the strategy and transformation consulting practice of the Group. He joined Capgemini in 1993 through Gemini Consulting, which is today known as Capgemini Invent.

From July 2018 Jérôme was Managing Director of Capgemini in France, at which point he also joined the Group Executive Committee.

From July 2014, he was CEO of Application Services in France after serving as Commercial Director (from June 2012 to June 2014).

Prior to this, from 2007 to 2010, he held commercial positions in Capgemini’s Telecom & Media business, after managing the development and sales for the Property & Services Europe sector of BT Global Services for two years.

Jérôme joined Capgemini in 1998, after eight years with the group Générale des Eaux / Vivendi. For both companies, he contributed to the international development of the Energy & Utilities sector, leading sales and management of major business transformation programs and information systems.

Olaf is a passionate advocate for diversity and inclusion. In 2020, Capgemini in Australia and New Zealand was recognized as one of the best employers for LGBTQ (Lesbian, Gay, Bisexual, Transgender, and Queer) inclusion and a Gold Employer for its efforts at the Australian LGBTQ Inclusion Awards.

Olaf has over 25 years of experience in consulting and digital transformation, including executive roles at Origin Energy, News Limited, and Deloitte in Australia.

Olaf holds a Bachelor of Business Administration from Verwaltungs und Wirtschaftsakademie in Bochum, Germany, and has completed an Executive Leadership Program with the MIT Sloan School of Management.

Prior to becoming CEO of the Engineering and R&D Global Business Line at Capgemini, William was a member of the Altran’s Group Executive Committee from 2015 and Executive Vice-President in charge of Europe.

In 2018, William was appointed Executive Vice-President, Chief Operating Officer for Europe at Altran. Between 2014-2018 he was Altran’s Chief Executive Officer for France.

William was in charge of regions operations and became Chief Operating Officer for Altran France in 2012, when he drove the continuous evolution of Altran towards a homogeneous organization, after having prepared the merging of local entities in 2006.

William joined the Altran group in 2001 in Toulouse and managed the French subsidiary. During this time, he developed Altran’s activities in Aeronautics, Space and Defense and helped in launching Altran’s first ER&D programs.

William Rozé is a graduate of INSEEC Bordeaux; the Fordham University in New York; and Paris-Dauphine University with a third cycle degree.

Pascal joined the Altran Group as a member of the Executive Committee in 2005. From September 2018 Pascal was Executive Vice-President of the Altran group, in charge of Strategy, Technology & Innovation, based in the Silicon Valley. In this position, he was driving Group Strategy, Portfolio, Marketing, Service lines and setting up the Research & Innovation roadmap, as well as managing the group’s high value activities (Altran NextCore).

Prior to this, Pascal held various leadership positions at Altran including Executive Vice-President, Global Accounts and Business Development.

Pascal began his career at NCR before joining the AT&T group as Multimedia Director for Southern Europe. He then joined Microsoft where he held a number of leadership positions among which Chief Marketing Officer in France and later Business & Marketing Officer.

Pascal Brier is a graduate of EDHEC Business School and alumni of the year 2017.

Prior to becoming the Group’s Chief Sales Officer, Jeroen was Deputy CEO of Capgemini’s Europe Strategic Business Unit for 2 and a half years.

Before this, in 2012, Jeroen was appointed CEO of Capgemini’s Application Services in Benelux.

Jeroen started his career with the Capgemini Group in 1997 at Sogeti where he held several leadership positions, including CEO for Sogeti Central Europe (in charge of UK, Ireland and the Netherlands).

Jeroen brings his passion for technology and how it leads to social, cultural and economic change, to clients. As a former member of the Social Economic Council in the Netherlands, he actively participated in the public debate about the future of technology.

Jeroen holds a MBA (University of Groningen) and a BSc in Computer Science (Saxion University of Applied Sciences).

High-resolution photography of all appointees is available on request.

Capgemini is a global leader in consulting, digital transformation, technology, and engineering services. The Group is at the forefront of innovation to address the entire breadth of clients’ opportunities in the evolving world of cloud, digital and platforms. Building on its strong 50-year heritage and deep industry-specific expertise, Capgemini enables organisations to realize their business ambitions through an array of services from strategy to operations. A responsible and multicultural company of 265,000 people in nearly 50 countries, Capgemini’s purpose is to unleash human energy through technology for an inclusive and sustainable future. With Altran, the Group reported 2019 combined global revenues of €17 billion. 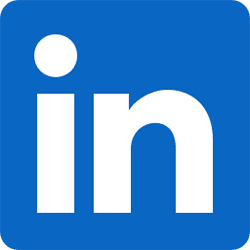 You may accept all cookies, or choose to manage them individually. You can change your settings at any time by clicking Cookie Settings available in the footer of every page.

Cookies are small pieces of data that a website sends to your computer’s web browser while you are navigating through it. They have many different purposes, but mainly, cookies enable you to navigate between pages easily, to remember your preferences, and eventually to improve the user experience. These cookies may then be stored on your machine to identify your computer.

These cookies are essential to enable you to move around the website and use its features, such as accessing secure areas of the website. Without these cookies, services you have asked for cannot be provided.

These cookies allow a website to remember choices you make and provide enhanced, more personal features. For instance, a website may be able to provide you with local information or news by storing in a cookie the region in which you are currently located. These cookies can also be used to remember changes you have made to the text size, font and other parts of the web pages that you can customize. They may also be used to provide services you have asked for such as watching a video or commenting on a blog. These cookies cannot track your browsing activity on other websites. They do not gather any information that could be used for advertising. Functionality cookies used on the Sogeti website:

These cookies are used to collect information about how visitors use a website, for instance which pages they go to more often, and if they get error messages from web pages. All information collected by means of these cookies is anonymized, aggregated and only used to develop and track traffic patterns and the volume of use of our website and to improve how our website works. This information is for Sogeti’s exclusive use and is not shared with any third party or connected to any other information.

These cookies are used to deliver advertisements that are targeted to be relevant to you, limit the number of times you see an advertisement, and help measure the effectiveness of the advertising campaign. They are usually placed by advertising agencies with the website operator’s permission. They remember that you have visited a website and this information is shared with other organizations such as advertisers. Quite often they will be linked to a website functionality provided by the other organization. We do not have third-party advertising on our website. We use targeting cookies only for our own analytic purposes. Third-party social media websites may log certain information (such as your IP address, browser type, language or access time) if you are logged in to those social media websites as you are navigating through our website. They may also link such collected information with your profile information on that website. We do not control these third-party tracking technologies, thus we recommend that you read the terms of use and privacy policy of such websites before using them.

We may use personal data collected from our cookies to identify user behaviour and to serve content and offers based on your profile.

Sogeti also enables the use of technologies that perform functions similar to cookies such as web beacons or other technologies that may be included in marketing e-mail messages or newsletters in order to determine whether messages have been opened and links clicked on. Web beacons do not place information on your device, but may work in conjunction with cookies to monitor website activity.

Some web browsers may transmit “do-not-track” signals to the websites with which the browser communicates. As of the Effective Date of this Privacy Policy, an industry standard has not yet been established on how to respond to these signals. Therefore, our website does not currently recognize or respond to these signals, but Sogeti will reassess its response approach once a standard is established. However, at this time you can generally express your privacy preferences regarding the use of most cookies through your web browser.

If you do not want to receive cookies from our website, you may set your browser to refuse cookies or to notify you when you receive a cookie, which you may then accept or refuse upon such notice. You can also generally set your browser to turn off cookies. To understand how to do this, please consult your browser’s “Tools” section, or any other similar heading.

We recommend that you leave the cookies active. Bear in mind that if you block, turn off or otherwise reject our cookies, some web pages may not display properly or you will not be able to use any website services that require you to sign in.

If you object to have cookies placed on your machine, you need to disable them. In order to do so, please follow the relevant instructions depending on your browser: